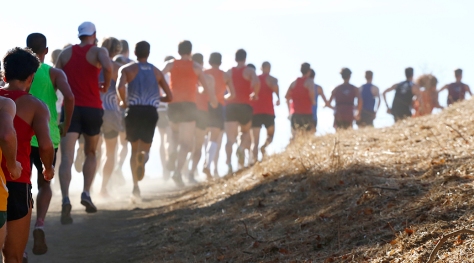 Maybe you’ve heard the ads targeting our over-stimulated and aging population: “Brain fitness to challenge memory and attention with scientific brain games. Used by over 70 million people”. A quick Google search will reveal dozens of companies claiming to improve memory through brain fitness schemes. Most of these programs approach the problem by devising brainteasers, crosswords, jigsaw puzzles or pattern-recognition games to “exercise” the brain as if it were some ordinary muscle. By analyzing your answers and/or reaction times, the algorithms can make the tests incrementally more challenging, theoretically improving brain fitness.

As I’ve reached the age where I’ve begun to worry about forgetfulness and lack of sharpness, I was intrigued by a study last week in Neurology (“the official journal of the American Academy of Neurology”). The study followed about 900 older people over the course of twenty years. The researchers judged how much exercise the people were getting, and then over the course of more than a decade, they judged their mental capabilities using memory and logic tests and MRIs.

At the end, the study showed people who intensely exercised had brains that looked and performed 10 years younger than their peers. Those people were both quicker at figuring things out and had better memories. The researchers note that it wasn’t just any exercise- the benefit came for the people who got regular moderate to intense exercise, like running or aerobics.

Exercise affects the brain on multiple fronts. It increases heart rate, which pumps more oxygen to the brain. It also aids the bodily release of a plethora of hormones, all of which participate in aiding and providing a nourishing environment for the growth of brain cells.

How often have you been given the advice “sleep on it” when facing a big decision?  A better idea may be to “run on it”, as there’s nothing like a good run to clear the mind and allow you to focus your thoughts. Whenever I’ve faced a big business decision or creative challenge, if I’m able to take an hour to clear my head on a moderate trail run, the decision is often waiting for me at the end.

If you’ve been reading the Empire Runners blog for long, you know that runners are smart people, and now you have the evidence to prove it! Run happy, run smart.