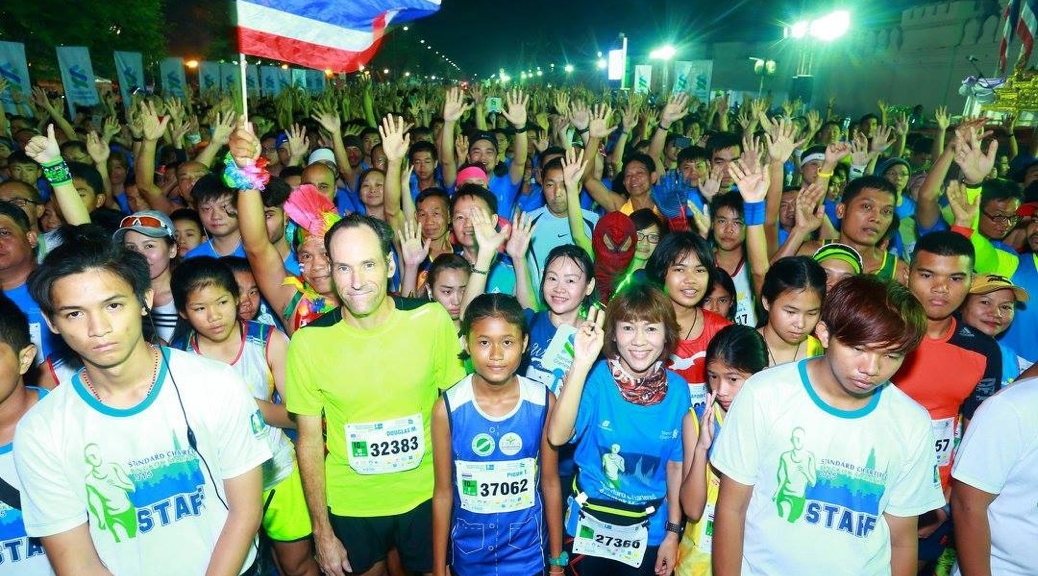 Even though I was in Bangkok, Thailand, for three days for business, I had the opportunity to run in the Standard Chartered 10K, which according to the results had 10,116 people entered. The day before the race, my friend Wiwat took us to the Royal Palace which was truly incredible. Even though we spent two hours there, after we looked at the map, we realized that we had only explored about 20% of the total palace grounds. 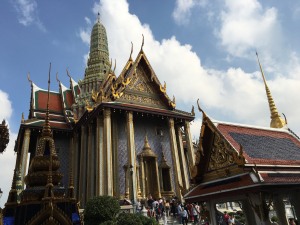 If you only have time to go to one place in Thailand while visiting Bangkok, this would be the place. Also the National Museum is near by, which is comprised of many buildings filled with antiquities and the history of Thailand. Another great place to go. Training wise I picked a hotel that was very close to Lumphini Park so that I would be able to run in the mornings without having to dodge cars and motorcycles. I was surprised by the hundreds of runners that go there each morning.

Race morning was hot. At 6am the temperature was 88 F on the heat index scale (80.6 F, 95% humidity = 88 F on the heat index scale). After my mile warm up and strides, I was soaked. The most surprising part of the race was that after we were all lined up, with five minutes to the start, a motorcade with sirens showed up…..and a young woman stepped out of the vehicle in running clothes. It turns out she was one of the princesses of Thailand, and she lined up right in front of me, along with her handlers. After the gun went off, I ran around her and her handlers…no time for small talk. After the race, my socks were completely wet….and my feet looked like they had been in a hot-tub for an hour….all shriveled up, soft,  and gross. The next day after the race, I did not feel good – I don’t know if it was a travel bug that I picked up, or the effect of running hard in such a hot environment, or the pollution that was present even in the morning. But I took a day off, felt better, and then flew to my next destination…..Singapore! Great running there along East Coast Park!